Prepare Yourself For The Glimmering! 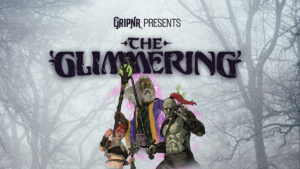 This is a project I never saw coming. The CEO of GRIPNR is an old friend who also worked in the music / tech scene back home in New Orleans, and the lead designer is my friend and colleague Stephen Radney- MacFarland. Two worlds near to my heart colliding. It is also an intriguing project because of it’s use of blockchain tech to implement organized play. Read more about that in the official announcement: Let’s Play! — Announcing GRIPNR, LLC & The Glimmering

I’ll be working on rules and setting development as a designer, not on the technology end. Anyway, here is the video trailer for the first setting, The Glimmering.