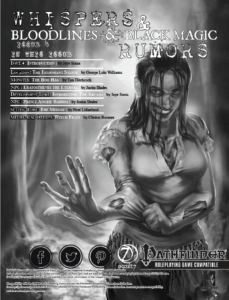 In the current issue of Bloodlines and Black Magic: Whispers and Rumors I get to add to the New Orleans material I created for Crescent City, but this time under D&D 5e compatible rules.