City of 7 Seraphs: My Newest Adventure in RPG Design 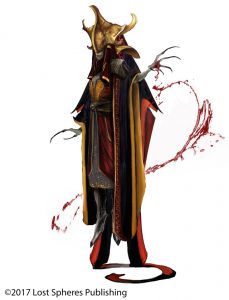 A multiplanar city nestled in the roiling depths of Shadow, the towering figures of angels looming above it. Welcome to the City of 7 Seraphs, a campaign capstone from Lost Spheres Publishing and my latest design gig!

Now for the truly entertaining part: Christen at Lost Spheres has given me The Docks of the City. As those who know my work in the Spelljammer and Planescape communities can attest, this is my meat and mead.

I’m also going to be doing a significant amount of Dreamscarred Press compatible psionics content for this one, but that is a story for another day. 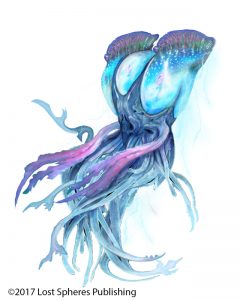 Here are a few previews that have already come out, check out the amazing eldritch art! It will surely whet your appetite for the feast of sheer insanity yet to come.

The Multiverse’s Most Wanted

This is going to be a sore, sick, and twisted array of experienced planewalkers on the design team. Check out this sordid rogues gallery that Lost Spheres has assembled for the occasion:

Are you ready for the majesty of the multiverse? We have such sights to show you!