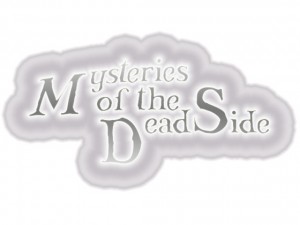 I love the way that the gaming industry is moving more and more towards a patronage model. For those who might be unfamiliar with it here is the description from Open Design, the pioneers of this new approach to game development:

As a patron, you can participate in the project discussions, brainstorms, and polls. You’ll read design essays and have the opportunity to playtest and review material. If you’re a senior patron, you’ll have more access: maybe suggest an NPC or a monster, maybe write whole sections, but there’s no requirement to contribute text! Senior patrons also preview maps and artwork. While Senior Patrons have a lot of pull, but a particularly inspired idea can often be snapped up from the lower tier. A great idea is, after all, a great idea.

I’m just getting my feet wet with the process thanks to my lovely wife. Having lived with a Planescape junkie for over a decade she snapped me up a senior patronage for Dark Roads and Golden Hells, the new planar book being developed by Open Design.

It’s quite an experience, while couched in the familiar environment of forums the mere knowledge that you’re working on something that will be going to press seems to supercharge the creativity. It’s also forcing me to really address one of my own weak points – monster creation under the Pathfinder rules. It’s something I have not done a lot of. (I’ve got so much 3.x stuff I just convert or add class levels most of the time.) And having people like Colin McComb and Wofgang Bauer drop in and add commentary is always worth its weight in star rubies!

Then there is Mysteries of the Dead Side, another Patronage project launched using Kickstarter by Zombie Sky Press. It’s not a full book like Dark Roads and Golden Hells, but it is a nice pdf supplement with an interesting set of ideas behind it.

Join the ranks of the undead! Help create the sacred necromancer, a new class for the Pathfinder Roleplaying Game

The man behind this one is Scott Gable, editor of Kobold Quarterly (magazine, blog, and patron projects) among many other things. The really interesting aspect of this project is that rather than using forums for the development discussions it is test driving Google +, the first RPG project like this to do so as far as I know.

All in all it’s fascinating to see the ebb and flow between patrons and creators. The brainstorming, the pitches, the voting and then the really fun part – the design!

I’ll be posting more about my initial experiences with patron projects as I find more to write about.