An evening of character generation has resulted in the development of all but one of the Player Characters. Here are some of the fruits of the evening:

Hailing from the dreamscarred asteroid Rajrin Vedis prefers the more substantial life she has led on the Rock of Bral since emigrating there about 20 years ago. She has become a very popular tavern girl at The Laughing Beholder due to her ability to predict people’s drink orders.

In public, when not at work, Vedis covers her skin to hide it’s Maenad sparkle.

A spoiled little rish girl from the Market Ward of Sigil, she has taken up the adventuring lifestyle to increase her personal wealth and to demonstrate to her father the virtues of order. Very big on rules and propriety, especially concerning commerce. 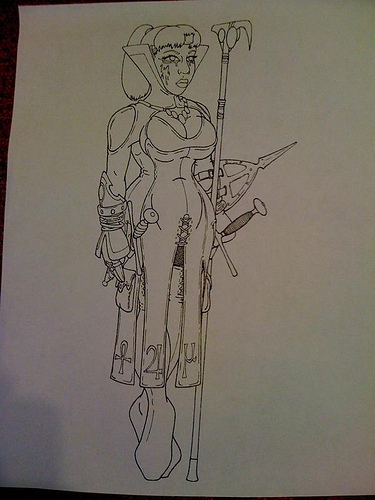 Raised in the port city of Gheldaneth in Mulhorrand as a dancer at the Temple of Bast, Kenari has an obsession with that which is most illegal in her country: adventuring and tomb raiding. Insatiably curious, and naturally skilled with a blade she is now casting her eyes further afield looking for excitement. 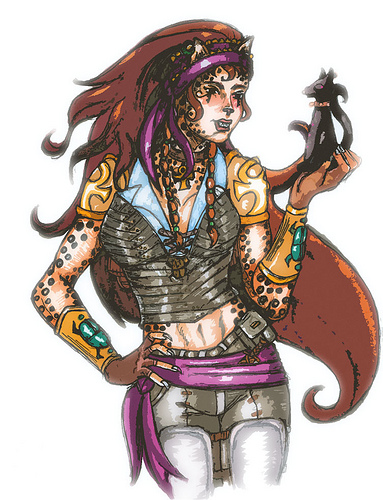 Coming soon: Jaime’s Celestian Priestess from the Rock of Bral and The Pirate Chef’s Fighter!!

Additional back story info is in development now and will be communicated to the players once finished.