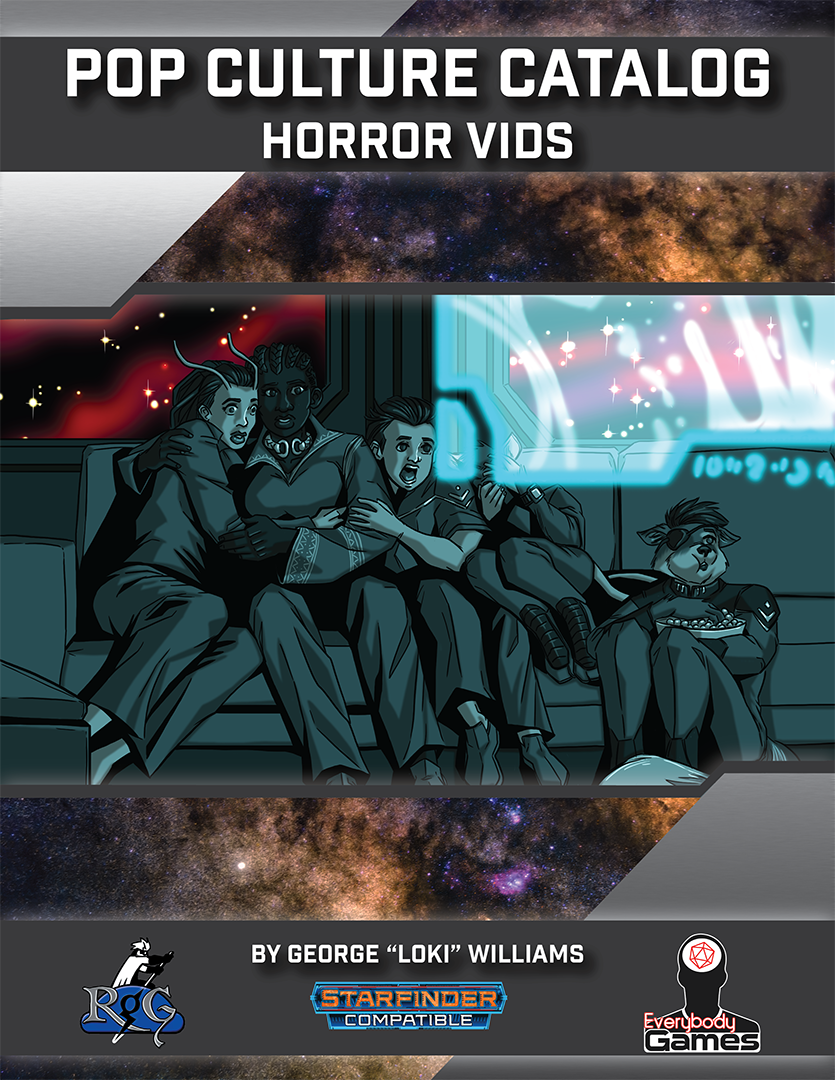 Breath a little extra life into your Starfinder campaign with Everybody Games’s Pop Culture Catalog series! This high-flavor series specializes in providing both players and GMs with everything they need to feel like they’re playing in a living, breathing world by providing setting-neutral popular culture grounded in Rogue Genius Games’s Blood Space Campaign Setting that anyone can reference! Each installment of the Pop Culture Catalog tackles a new and exciting topic!

This installment of the Pop Culture Catalog includes: Horror Vids! Featuring six pages and twice as many popular horror vids from the past century, this product details classics such as The Claw, Apex Predator, Hearttaker, and Weird Amidst the Waves. Each vid includes a special fandom perk that your character can gain using the fandom perk rules detailed within, as well as information about its production, director, actors, and year of release.

Get everyone gaming with Everybody Games!

Grab it for Starfinder!